Now that we're getting deeper into Revit on our projects, we find ourselves in an interesting situation. The question is, who owns the walls? And why does it matter to the MEP user?

Our structure is pretty simple - we break projects up into 3 categories - architectural, structural and MEP/Process (yes, on most smaller jobs, these two are in the same project - the benefits far outweigh the file size issues up to about 150mb). Water projects are a little different than typical building jobs - the process drives the building, instead of the other way around.

So here's a couple of ways to look at it. If an area of a building is meant to be occupied - whether it's by people, process fluids or equipment, etc. - then the walls that define the closed boundary should be defined as architectural. This way, regardless of whether they really are structural or not, a room can be properly defined for the area. The space association with room is the driving factor here - in order for a space to correctly track area electrical, HVAC and other power loads, it's got to have a good closed boundary. If the room works, the space will work too. You can always change the properties of the wall in the architectural model to be structural and load bearing, if that's the intent. Once the primary walls are defined, the structural model can copy monitor the walls, and edit the copies as needed to perform their structural layout and analysis.

Anything that's not enclosing an occupied area can be either a structural wall or non-structural, but my preference is that it be defined in the structural model - my thinking is that this applies to foundation walls, footings, etc. that are strictly there for support.

You can always link in structural models, set them to be room bounding, and place rooms where a combination of both structural and non-structural exist - just be aware that changes to constraining levels may cause you to have to rebuild the rooms, and subsequently, the spaces, in your project.

Hope this makes sense - let me know how you're doing it in your projects.

It's always good to start a Monday off with a mind bender...got a call from one of my techs (that is really good at Revit already, but still learning a thing or two). He had been working in a site specific project, where they were working on piping in tunnels. He got to a valve vault - laid out the piping, then cut a section - and got this for his view: 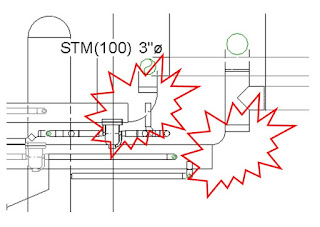 I went through all the usual tech support convolutions - checked the graphics settings, unloaded and reloaded the fittings, etc. When I got to the part of deleting the fittings and replacing them, I was using the Routing solutions tools - and started getting all kinds of errors. Then I remember something I learned a while back...

Revit accuracy is only good to about 1/256" in plan views, so if the angle of the pipes is somewhere south of this, it could potentially cause graphic errors. BAM...that was it...so here's the solution: DON'T work in a true north plan view if you've got a lot of perpendicular or parallel pipe. Create a duplicate of your overall plan, then create cropped views of key areas (in this example, a valve vault). Rotate the view, and make sure you're drawing pipe orthogonally in the view. Here's the steps:
We start with a project layout that looks like this... 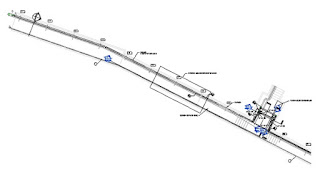 Which was part of a series of steam tunnels on a site. Since the plan is based on existing sketches, or field verifications, it’s tough to get it accurate – but in our industry, we at least try to get it to close to 1” or less. 1/256” is far more accurate than we’ll ever get in the field using traditional methods.
So the valve vault shown is the area we want to work in: 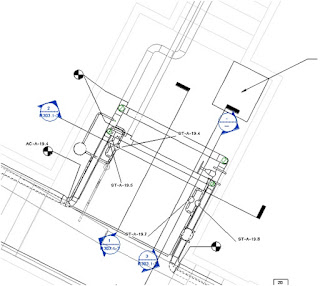 Note that it’s a little skewed from a traditional plan view. If your instinct is to just start drawing the pipe, then STOP – that’s where you’ll get into trouble. In this case, the view was worked on at this angle – so when the pipe angle relative to the vault wall is measured, it comes up like this: 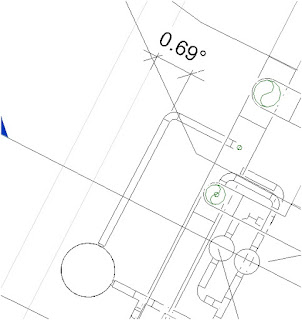 Even though it looks correct when “eyeballed” (which is how a lot of users did this in plain AutoCAD or Microstation), it’s enough of a variance to cause Revit to fail, and you get section views like the one at the top of this post. Notice how the graphics for the elbows is missing – it’s because of the slight angular distance variation between the section cut (which is based on the wall of the vault) and the pipe line. So how do we fix this?
Normally, piping inside of structure is parallel or perpendicular to the structure. Since it’s tough to lay pipe out at this angle, start by creating a duplicate of the overall view, and then rotating the duplicated view, so it’s orthographic.From the view control bar, select the Show Crop Region tool. Make sure it’s turned on (the light bulb is yellow). Use the ZF command to zoom out and see the entire view.
Next, pick the viewport – if it’s bigger than the area you’re working in, use the grips to stretch it down to size: 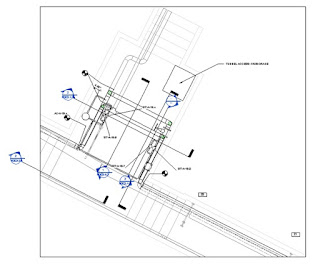 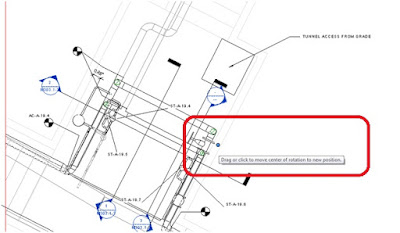 Left Click on the center of the rotation, and drag it to a known point on a wall or corner: 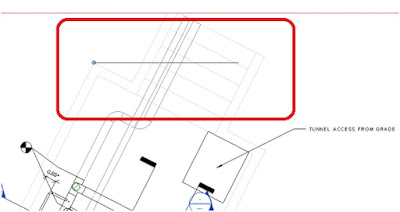 Once it’s where you need it to be, pick the angle you want to rotate the view to first – normally, this would be 0 degrees. Pick a point to set the rotation, then pick a point along the wall, which is usually less the 90 degrees rotation: 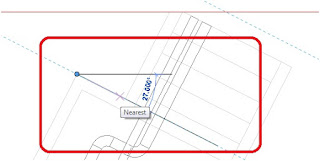 I used a near snap to snap along a wall face, so I know I’m picking it accurately. After picking the second point, the view should look like this: 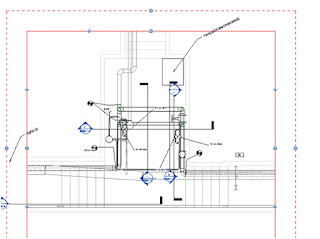 Now, when I add pipe, I can add it orthogonally, aligning it easily with the architectural components.
If your pipe and equipment is correct, but all off by the same angle, then place the objects into a group, and rotate the group – but in a lot of cases, you’ll find it’s easier to recreate the pipe layout from scratch. I tried it both ways on this particular model, and because there were little variations in the different pipe runs, it was easier and quicker to just start over, and draw it correctly. Don’t try to do piping, duct, cable tray or conduit layouts in the original overall model, but instead work in the rotated views – and you won’t have as many graphical or connection issues.
later - David B.

Been reading a blog about a change in the upcoming release for AutoCAD, in regards to the core console.

Kean Walmsley is the author of this document, which does a great job of explaining a programming feature in plain English.

What the core console does is basically run AutoCAD in a command line only mode - so when running in this mode, you're not loading up every other feature of the program, but still supporting them on demand. Have this as an available alternative to launching and running full AutoCAD is a great improvement, especially if you're trying to batch process anything (for example, I want to do some serious layer cleanup and documentation standards in our standard detail libraries, which will still be primarily in AutoCAD).

So here's my next thought - how would this be handled in Revit? Is there going to be a core set of tools, that we can use to do something similar to batch processing, outside of the normal Revit environment? For example, I need to set up a regular export of specific views and sheets to DWG for a client who's still in the dark ages, running AutoCAD LT 2000. I want to run this as a timed task, against multiple RVT projects, without having to load and run from each file.

It's a pipe dream, but is Autodesk going to make this a reality for more than just AutoCAD? The world wants to know...by the way, Kean - nice work!