A while ago, I spent some time getting my Autodesk Building Performance Analysis class completed, and learned quite a bit about using programs such as Vasari and Revit to perform whole building analysis - as well as what goes into these tasks, that really should take place on every occupied structure that is designed.

During this time, I had gotten wind that Vasari was a limited shelf life product. I also had written and produced the latest Green Building Studio training videos for CADLearning, where I'm already producing content for AutoCAD MEP, Plant 3D and AutoCAD P&ID.

Then I got this press release from Autodesk about Insight 360, which "which empowers architects with centralized access to their building energy and environmental performance data and the world’s most advanced analysis engines, all within a beautiful and intuitive interface. Through robust bi-directional Building Information Modeling (BIM) integration, direct access to leading analysis tools, and guidance and recommendations from industry benchmarks, architects can approach the design process with more effective understanding of the elements that lead to better building performance outcomes throughout the building lifecycle."
We're users of IES Virtual Environment and Trace, and last week covered how to use models developed in Revit to perform energy studies using the Green Building Studio engine, but now it looks like the next generation is here. The top features include: 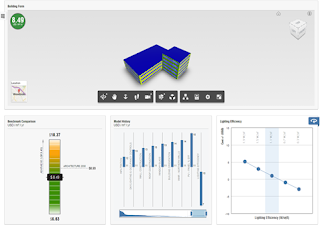 Stephanie Eggers, who I met at the ASHRAE/IBPSA energy modeling conference a couple of years ago, maintains a blog with details about Insight 360, and how it can help you make better design tools via the BIM interface. Check it out at http://blogs.autodesk.com/insight360/introducing-autodesk-insight-360-2.

I'll be checking it out at AU next week, and hope to report back with a little more detail.

db
Posted by David Butts at 5:49 PM No comments:

It’s that time of year…the leaves are changing, a chill is in the air. Holiday decorations are going up, and turkeys fear for their lives. Stress sets in as you realize that Christmas is only 38 days away…and you have no clue what to get the kids, the dog or your crazy aunt. Fears creeps up as you remember you’ve got to get that donation to the thrift store or make that tax payment…and the in-laws tell you they’re coming to stay from Thanksgiving to New Year…and it’s your turn in the rotation to host the office Christmas Party.

And then, for the geeks in the crowd…Autodesk University is only two weeks away. If you’re a speaker, it’s a special time of year.

A time to reflect on the thoughts and ideals you wanted to share…until you realize you left that key sentence out of your handout, “the opinions expressed in this document are only those of the writer”.

A day to plan out how you want to go through the right series of steps to get a point across…and the Autodesk Application Manager installs Revit 2016 Release 2, which changes the dialogs you captured 6 months ago.

A minute to polish your presentation…and you see a hole in the corner of your sport coat’s armpit…and you’re an arm waver.

A second to consider using the latest model you worked on…and realize you never got permission to use the file from the client.

But putting all the fears aside, you plug through your PowerPoint, make sure your teeth are brushed, that you have plenty of business cards, and get your tablet or iPhone updated with the AU application that will keep you from getting lost for the next several days.

For me, this year’s reflection goes back to the classes I have. The two that Autodesk selected. The ones that were almost an afterthought, fillers for what to use if they didn’t want the ones I really wanted to teach this year. And it got interesting…why did these get picked? What it something that they believe the industry wanted to hear and needed to know? Or was it just eeny-meeny-miney-mo?

There are two, but the first one is the one I wanted to cover the most. We talk about worksharing in a Revit project, and networking, and collaboration solutions the design firm should consider, that offer the best return on investment. And it wound up being the hardest presentation I’ve had to write to date…how do you make this topic interesting? Challenging? Inspirational? And Valuable?

As I was writing it, I realized how intense the topic could become, and how easy it is to get lost “in the weeds” drilling down to too much detail. I had to back myself up, and realize, from my layman’s perspective, that sometimes it’s not about presenting yourself and how “smart” you are.

But rather, it’s about being able to relate to the same problem someone else may be having, and how insight we provide could help them avoid the same problems later. AU isn’t about the classes…it’s about the networking, the personal connection and the shared mindset we all have. It’s about coming to a common place, that we all have the same goals. To get better at what we do, making the most of our time so have more time later to do…something else. Sort of a “love what you do, to get to do what you love” mindset.

I realized that going back to the beginning helped me understand better what it took to get where we are, and just how much life has changed since the garage so many years ago.

And I as was reflecting back on the class, I thought about what I had seen this year. I got to meet the original creators of Revit, and tell them how big of an impact they not only had on my life, but on thousands of others. I got to spend time with some awesome co-workers, who seized the moment, jumped on the bandwagon, and continue to push me – and the firm – to the next level. And we’ve been having a great time doing it, too. But it was cool telling Leonid and Irwin just what we were doing with the software, and seeing their keen interest in how it was being used, so far beyond what the original expectations were.

I turned the speed limit this year, and was able to look back on how much has changed since 1985, when I first got the chance to sit down at a computer and draw, and see the output on an old HP pen plotter. I look at the fascination I had then, and marvel at how far we’ve come, in just a generation. Not just buildings, but systems. Not just offices, but water treatment plants. Not just piping, but distribution stations that aren’t in a building at all. And when I come back to the handout for the class, I realize – it’s important to share where we came from, but just as important to have clear vision for where you want to go…and learn what’s out there for you.

I think ahead about who I would groom to take my place, to carry the banner and lead the charge for the future of design. Would they have the same passion? Would they be willing to commit themselves to being an advocate for getting away from “we’ve always done it that way”? Would they be able to blend common sense in, with the same desire for making their spot in the office and the community a better place?

Let me make a suggestion – spend some time this year looking for the students at AU this year. Go to the exhibit hall, and look for the youngest person in the room. Strike up a conversation – and ask them what they think. And realize…

That’s who we’re working for. That’s who we are teaching the skills we’ve been lucky to learn. That’s who will carry that torch. Share your passion, your knowledge and make sure they know – hey, this can be fun, too. Have a good time in your class – get down off the stage, get out in the audience, and make contact. And walk away with a lifetime of friends…that you’ll never forget.

At least until that average temperature of summer catches up with you…you old folks know what I mean…so get ready. In two weeks, it’ll be time to show the next generation…this is how we roll…and ramble…;-)

See you in Vegas!
Posted by David Butts at 5:15 PM No comments:

For those of you who prefer to use our design models for construction, Autodesk has made a couple of new product suites available. Here's a press release from Julie Jacobson and Joy Stark at Autodesk that detail the packages.


Structural engineers, detailers, fabricators, and MEP [mechanical, electrical and plumbing] contractors around the world are realizing that the increasing adoption of Building Information Modeling [BIM] within the AEC industry, coupled with government mandates, is fueling the need to participate in collaborative BIM processes to remain competitive. In response to these trends, we’re announcing two new suites that combine comprehensive tools to support BIM workflows for structural and MEP design, detailing, fabrication, and construction. 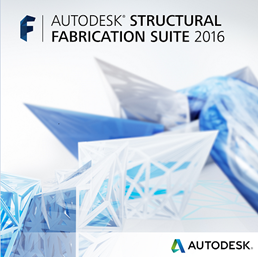 The Structural Fabrication Suite is available for an annual desktop subscription price of $3,500.  For more availability and product information, including languages supported, click here. 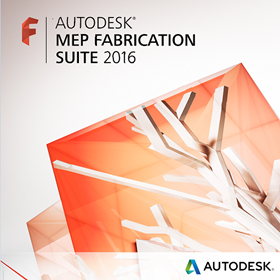 The MEP Fabrication Suite is a portfolio of interoperable 3D construction software that enables MEP contractors, detailers, estimators and fabricators to move to BIM based workflows at a lower cost of entry.  The Suite offers tools to streamline your detailing and fabrication workflows, including the latest versions of CADmep, ESTmep, CAMduct, AutoCAD 2016, Autodesk Revit 2016 and Point Layout.   Combined, these tools offer fabrication products that generate better estimates, create more accurate detailed models, and directly drive MEP fabrication.  The Suite can also help you achieve better outcomes with advanced coordination, 5D analysis, and simulation tools that can be used throughout the project lifecycle while bringing model accuracy to the field more efficiently.

The MEP Fabrication Suite is available for an annual desktop subscription price of $4,600.  For more availability and information, including languages supported, click here.
Posted by David Butts at 3:49 PM No comments: